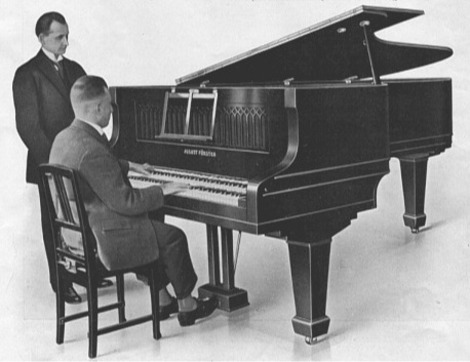 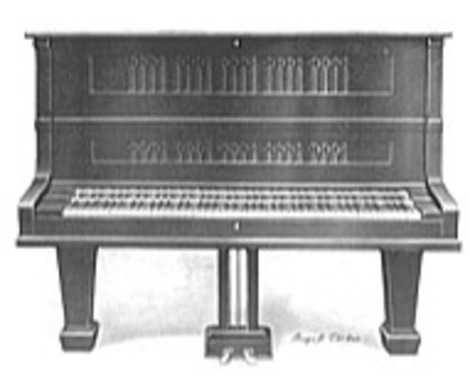 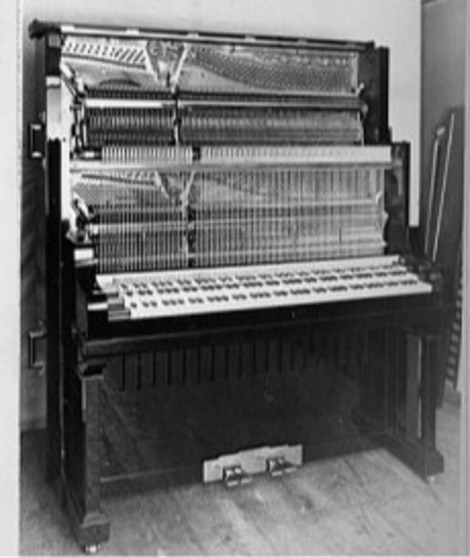 In 1923, Förster partnered with Czech composer and music theorist Alois Hába to develop the first version of the Quartertone Grand Piano. It consisted of two sound boxes stacked one above the other with a standard design and chromatic sequence of notes tuned at a quarter-tone difference to one another.

A special multi-level keyboard, still based on the standard keyboard design, made it possible to play the instrument as a whole. Later on, a new keyboard was developed that did away with the traditional key layout entirely.

Additionally, a back frame was constructed that allowed the quarter-tone scale to be incorporated into a single sound box so that 170 scale degrees fit into the dimensions of a standard piano.

This “required an ingenious design and the finest, most precise technical work,” as was noted at the time.

In 1928, Förster took the piano world by storm at the Leipzig Autumn Trade Fair with the company’s first Quartertone Upright Piano. It was designed and built for Paris-based composer Ivan Wyschnegradsky. The exterior looked similar to a chamber organ. The instrument essentially comprised two sound boxes, each of which consisted of a back frame, soundboard, cast-iron frame, and strings. And like the grand piano, the scale length and strings were calculated and tuned a quarter-tone higher.

Research indicates that the last two Quartertone Grand Pianos are in the “Museum of Czech Music” at the National Museum in Prague and the “National Arab Music Institute” in Cairo.