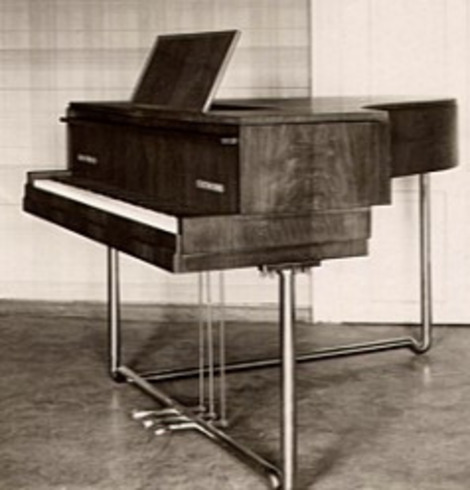 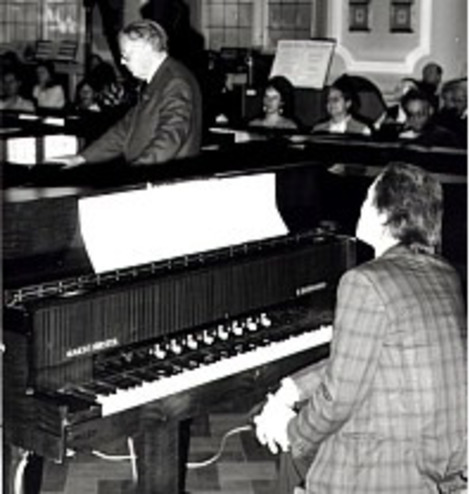 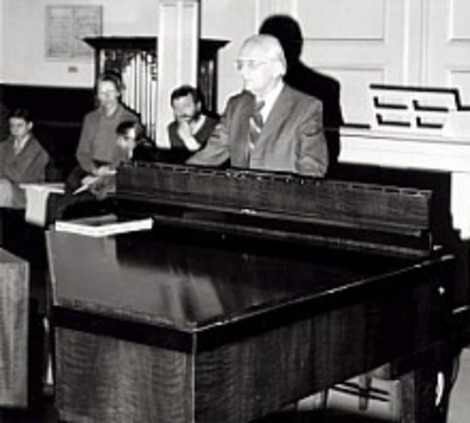 Developments in the field of electrical science in the 20th century laid the groundwork for a new type of keyboard instrument.

In 1932, a partnership with one of the top experts in electro-acoustic engineering, Oskar Vierling from Berlin’s Heinrich Hertz Institute, and German-American inventor Franklin Miessner resulted in the creation of the “Förster Elektrochord.”

The vibrations of a string struck by a standard piano action were electronically captured and amplified. The various controls made it possible to modulate the sounds in a wide range of ways, creating everything from the delicate notes of a spinet to the lyrical tones of a parlor grand piano or the powerful sound of a concert grand. In 1982, Elektrochord Number 75500 – originally made in 1938 – was restored to be added to the collection of the German Museum in Munich.

After ten months of restoration work, the instrument looked like new, but the acoustic system needed to be refurbished– so it was sent to Prof. Vierling in Ebermannstadt.

The professor invested a great deal of time and effort in restoring the complex electrostatic audio recording system to its original 1938 state. The Elektrochord was missing its amplifier and speaker, but they were replaced with period components.

On December 15, 1985, the Elektrochord made its triumphant debut as part of the musical instrument collection at the German Museum in Munich with a celebratory matinee performance.